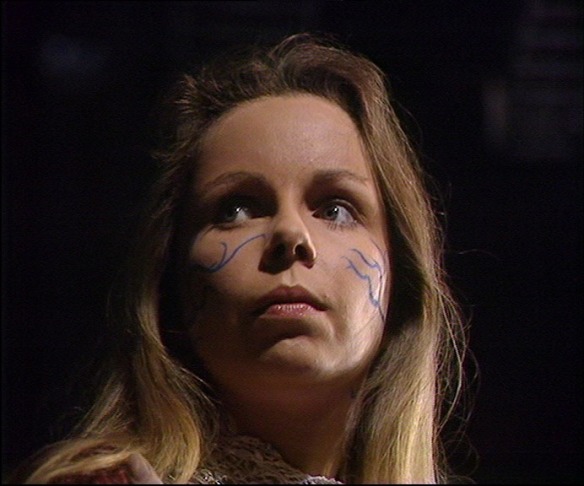 Ah, The E-Space Trilogy. It’s one of those little landmarks I’ve always been aware of, simply because three serials in the middle of a season having its own umbrella name is an unusual and noteworthy thing. Before watching, I vaguely knew what it was all about, but none of the specifics of how it all unfolds. I know that by the end of this boxset, Romana and K-9 will have gone, with Adric taking their place, but I didn’t know when exactly these changes would take place, having deliberately tried to avoid lists of first/last appearances.

This serial plants the seeds for Romana’s departure well, especially in reminding us that she was only supposed to be there to help with The Key To Time, and the nice continuity nods to the last time The Doctor was on Gallifrey. I know that the JNT era is notorious for its obsession with the show’s past, but neat little references like this are very welcome. I’m guessing/hoping that Romana doesn’t end up going back to Gallifrey, and will continue adventuring in some way.

Then as soon as we saw a bunch of people in pastel-coloured pyjamas, I figured out that we were on Adric’s home planet. It’s a nice idea to have the companions gradually overlapping, especially as so many things are in the process of changing. I’ve seen bits of Adric before, and know how he’s viewed by most fans, but I’m trying my best to approach his presence with fresh eyes and an open mind. His background is interesting; neither belonging with the Elite or hardcore enough for the Outlers… but unfortunately, he just comes across as a bit of a prick.

His smugness when he proclaimed that his badge was for mathematical excellence was excruciating, and he can’t seem to do anything right – he accidentally lures the Decider to his death, then he leads the Outlers right to the TARDIS, before eventually failing to save his brother. If the intention was to provide an identification figure for nerdy teenage boys everywhere, the lesson is that they probably deserve to have their lunch money stolen. It’s apt that he ends up as a stowaway, as it’s not clear why The Doctor would want him.

Which is a shame, as the story itself is a very good one. The unfolding mystery behind the weird society is consistently interesting, whilst also making a great deal of sense, which wasn’t always the case during the Williams years. I liked the notion that the whole thing was about saving face because they’ve forgotten how to pilot the ship, but the eventual reveal that them and the Marshmen are different evolutionary stages of the same species – whilst being a little bit The Mutants – is thoroughly satisfying.

The Marshmen themselves are decent enough, if unspectacular, and Lalla was very good when Romana was possessed – as with Tom so far this season, it’s nice to see her given new and different things to do before she leaves. Paddy Kingsland’s music was particularly lovely, and K-9 even got his own little leitmotif, before some fucker killed him. Seriously, can everyone please stop killing K-9?

I also enjoyed the two lads enjoying a swim together in just their see-through pants. Damn JNT and his gay agenda.