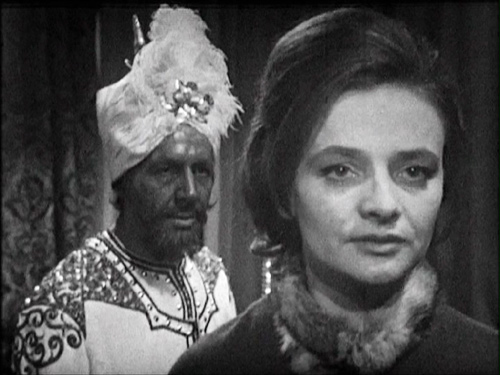 Ah, this is more like it. A proper story of intrigue, political machinations and betrayal. There’s some decent moral ambiguity going on here, with Richard The Lionheart being a bit of a shit at times, while Saladin is portrayed as noble and kind despite being in charge of the baddies.

The blacking up is a bit unfortunate, though.

This four-parter has two surviving episodes, but I had to rely on reconstructions for the other two. It’s a shame the fourth episode is one of the missing ones, especially as I couldn’t tell what the hell was happening in the cliffhanger leading into the next serial – the effect of the crew being frozen in time has much less impact when portrayed as a series of stills!